China’s first singles champion at the majors, Na Li seems to be enjoying her retirement from the game. 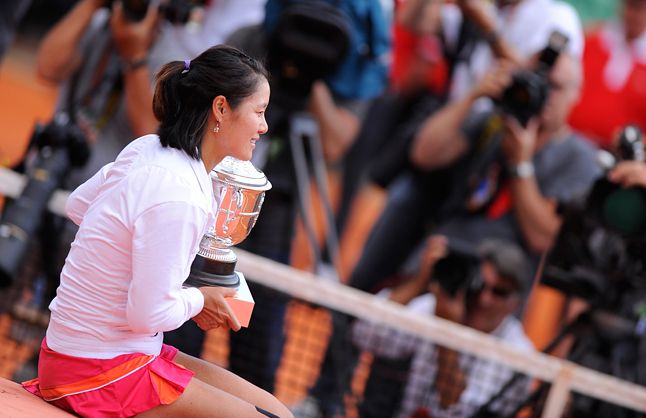 She hung up her racket about three years back but she has been busy with a lot of profitable ventures that has made retirement enjoyable.

The two time Grand Slam left tennis due to a string of injuries but she has gotten her mojo back on as she ventured into business. She reportedly made USD20 million last year from various deals she was involved in.

Na Li started a tennis academy in her home country named ‘Li Na Land.’ Along with her husband and former coach Jiang Shan and their two children, they have been working together round the clock.

She says she wants Li Na Land to have a restaurant, a hotel, and spa resort. The project is beyond getting funds and an academy with her name on it but a proper system that fulfils its objectives. She says she would not run the school but the right partnerschool would.

Na Li defeated Francesca Schiavone in the French Open back in 2011 to become a household name in China. Over a 100 million people saw that game in China alone, according to reports. She peaked at No 2 in the WTA rankings and cruised to her second Grand Slam at the 2014 Australian Open.

She has partnered with Nike to begin her own clothing line. Her long term clothing sponsor agreed to a deal with her to release the Li Na collection in China. The exclusive line for Chinese women is the first time Nike would venture into it and it shows how marketable she remains even after retiring.

Additionally, Na Li has book and movie deals and appearances to feature in reality television shows.