Skip to content
You are here:HomeNa Li Videos LI NA IN NEW PARTNERSHIP WITH NIKE, TO INTRODUCE CLOTHING LINE

Li Na, one of China’s greatest Tennis Star will be entering into a new partnership with Nike, which would see her introducing her own clothing line. 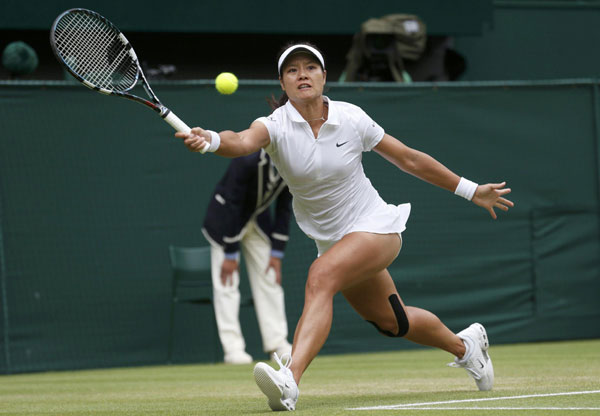 Despite it being no less than 2 years since she retired from the sort, Li Na still remains a household name amongst some of the biggest companies of the world.

The star tennis player who became the first Grand Slam singles champion in Asia won the Grand Slam two times and held the world No. 2 position before finally quitting the sport in 2014.

She partners with Nike, her long-time clothing sponsor in this new move which will see them release the Li Na collection this month in China.

According to an emailed press release by Li’s representative at IMG Tennis, this becomes the first time Nike, the world’s biggest sporting goods maker will release an exclusive clothing line for a Chinese woman.

Before 2011, Li Na was no more than a relatively undistinguished 28-year old tennis player who was majorly known as just a top player from China. Then, she came off earning about $3 million in prize money and was ranked just outside the top 10. The player who gave birth in December to her second child, became a global superstar, and went on to rank just below Maria Sharapova as the highest-paid female athlete.

2011 was a pretty wonderful year for her as she soon blew up, climbing up the ladder very quickly to become one of the richest and biggest stars in the game. This was after she came off victorious in the 2011 French Open. In 2014, she also won the Australian Open title. However, due to chronic knee problems, she was forced to retire from the sport that same year, September precisely.